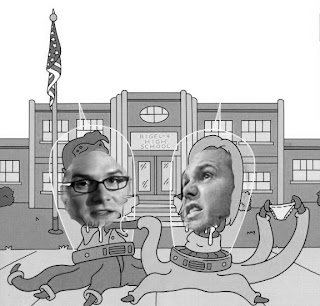 Whenever I feel particularly in the mood to deprive myself of all human sympathy and remind myself just how devoid of hope humanity can be I turn on the television and flip between MSNBC and FOX News. The complete arrogance and self-righteous belligerence of both channels is dumbfounding; on the one hand (the left hand) you have a smarmy liberal elitism and on the other (right hand) you have an often incoherent and ignorant conservative rage. Both are horrifying.

But as I sat and watched the talking heads yell at each other last night, I began to think of some current rhetoric within the Evangelical community and the way we as the Church treat each other and the manner in which we “dialogue”. I found it deeply disturbing that the rhetoric of the Church in recent years has become indistinguishable from the rhetoric of the world…and that I fall prey to the same problem. On the one hand you have the kind of condescending “progressive” Christianity which looks down their noses at more narrow-minded ways of thinking and on the other you have a particularly antagonizing (and rapidly growing) group of neo-reformed Christians who seem more concerned with whether or not you agree theologically with Calvin than they do with whether or not you love and walk with Jesus.

I am not writing to wag my finger (to quote Stephen Colbert) at any of these groups, especially since I can be just as prideful and dismissive when it comes to certain topics, but to appeal to Christ who has the only corner on truth.

G.K. Chesterton once wrote, “There are no Revolutions, only Counter-Revolutions” and this idea has been gnawing at my brain recently. His point is that society tends to swing like a pendulum, a constant give and take and everything is a reaction to/against something before it. The current Evangelical climate is a perfect example: the rise of a particularly strong-headed reformed group today is a reaction to the particularly wishy-washy Emergent community which saw its hey-day in the early 00’s, which itself was a reaction against the cultural cluelessness of certain influential pockets of a Fundamentalist bent in the 80’s and 90’s.

It is out of this mindset I appeal to both sides. To the young neo-reformed community and myself, I would remind us that just because someone doesn’t see it your way (or Calvin’s way or John Piper’s way or whoever) doesn’t mean they are heretics and should be ostracized. The reformed movement doesn’t have everything figured out but it can act like it does. There is a level of arrogant anger and lack of joy in your particular community that people perceive which rightly makes them feel unwelcomed and unloved; two things very uncharacteristic of the Kingdom of God. The answer is not more Calvin or more doctrine, it is more Jesus.

To the “cultured” idealistic progressive left of center Church community and myself, I would remind us, that Jesus never saw a person condescendingly and he did stand for very objective truth. Just because you do not agree with someone’s way of thinking doesn’t mean you can dismiss them as ignorant or inferior. To do so (and I struggle greatly with this) dehumanizes them, allows for all sorts of sin to seep into your heart and above all prevents you from truly loving them. The answer is not more “progress” or “cultural relevance” but more Jesus.

It is only after we focus on Christ that both sides of the spectrum will begin to learn greatly from the other, but I fear nowadays each side is never given the chance. For me, it can be far easier to think like the world and justify my unloving and unempathetic attitude in the name of Christ than it is to simply do my best to be Christ’s representative in the world and to love the way Christ loves. The truth is the world is crying out for Christians not to throw doctrine at it but to shower it with the love, hope and actions of Jesus. We have an unprecedented opportunity in our time to do just that.

Alex and I met with our directors Chris and Christine recently to discuss life and hear how the ministry was going up in San Francisco. One thing I've learned about ministry in general is the beauty of the seemingly littlest thing that can leave you refreshed and motivated, excited once again for what God has called you into. For example, Chris was describing the wry sense of humor of one of the new students in the ministry, Johno. Chris asked him what the weirdest costume he had seen in the city on Halloween (and Lord knows there are thousands of downright insane ones to choose from), the student replied,
"Well I saw a guy dressed up like Whinny the Pooh on the bus."
"What do you mean, like he was dressed up in a bear costume?" replied a confused Chris.
"Not exactly...you know how Whinny the Pooh only wears a little red t-shirt?" the student said nonchalantly.
"Yeah," said Chris.
"Well...."
"Oh......"
"...and he was covered in honey."

If every there was a story that encapsulates San Francisco and its students its that one. It may be a ridiculous true story, but it made me miss the students and the city so much. Hearing the way the student shrugged while telling the story like it was completely normal for a man to be naked on the bus except for a small red t-shirt and some honey reminded me once again how much San Francisco needs Jesus (and pants apparently) and how exciting it is there are students pursuing Jesus who meet the city where it is at and roll with all its weird bazaar punches.

Our conversation with Chris and Christine was encouraging, exciting and motivating. Not to mention City Cru at San Francisco State has momentum and students are bringing their friends and classmates into pursuing Jesus. Just this last week our directors told us they had the biggest turn out for D-Lab (the weekly meetings) ever. Praise the Lord, thanks for praying and please continue to.
Read more

For the first installment of Movie Review Haiku's on our blog, I am going to get us caught up to date with haikus about most of the movies I have seen in 2009. As only 1/2 of the editorial committee for this webpage, I must announce in full disclosure, that the view expressed in these reviews in no way represent the opinions of my wife when it comes to these movies. She is her own independent person, with her own taste and preferences and that makes me love her even more. Enjoy!

Adventureland -
Under the radar
Much better than Superbad
Somehow forgotten

State of Play -
I saw this I think...
Something about corruption?
I don't remember...

X-Men Origins: Wolverine -
Despite the Jackman
And his chest hair, this movie
was just so awful

Up -
Balloons equal love
An old man, a bird, a boy
Made me laugh and cry

The Hangover -
Galifinakas
Steals the movie and makes it.
Slight whiff of bro-ness?

Public Enemies -
Trench coats, slick and cool
J. Depp is still my man crush
Not sure I liked it

District 9 -
How did they make this
So awesome and real looking?
You need to see it 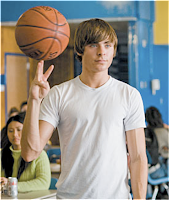 17 Again-
Why does Zach Efron,
Love to show his b-ball skillz?
Still, he is funny

What does grace look like in real life? We experience it everyday as believers, but for some reason when we look outside of ourselves at the manifestation of grace in another person's life it brings the weight and beauty of our God who extends that grace into full display, not only in the person's life we are observing but also in our lives as we are reminded that we receive the same grace despite our inadequate-undeserving selves.

Danny is a student Josh met when visiting Real Life, the Campus Crusade group we were both a part of as students at UCSB, while he was working on raising up a support team for his internship in SF last year. God graciously choose to use Josh in Danny's life to share with him the work that Christ has accomplished on our behalf in light of the outstanding grace of God, and what a truly Amazing Grace that is.

The Comforts of Fall

Of all the seasons, Autumn offers the most opportunities for comfort. As the temperature starts to drop (which still has yet to really happen in Southern California, I mean 90 degrees in November? C'mon!) comfort can be found in a hot cup of coffee, where in the summer a similar cup is simply the morning fix of a drug addict (just admit it everyone). On rainy days, comfort is found in the soft sound of drizzle on your window as you curl up for an extra 10 minutes in bed. In late October the sights and sounds of World Series baseball comforts in a way a mid-summer game does not, and even though some people may disagree with me (my friend Paul calls baseball, "napball", but he also refers to a bicyle-kick in soccer as a "cinderella kick" so he isn't exactly a reliable source for opinions about sports). Halloween offers the comfort of children walking around dressed in various costumes ranging from the, 'wow how cute', to the, 'dude i didn't even try, just give me some candy already'

When Autumn rolls around, suddenly movies like any of the Harry Potters and You've Got Mail are THAT much more magical and colder weather means everyone dresses better and the air smells like fireplaces or pumpkin spice depending on if you're walking down a street or within a mile of a Starbucks. Unfortunately it is also the season of sickness and the flu and staying home from school because you are hacking up a lung and have a fever which horrible. That is, unless you have successfully tricked your parents into thinking you are sicker than you actually are, in which case staying home from school becomes great cause you get to watch tv all day and not do anything.

The point is...well this post has no point other than to pay tribute to my favorite time of the year (besides Christmas, duh). The many comforts of Fall are varied and wonderful and different than other times of the year. For some reason, they are a bit crisper in Autumn, a bit simpler and a bit more magical. I can't really explain it...
-Josh
Read more 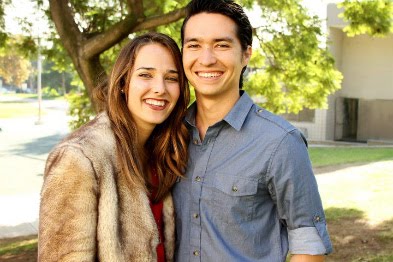